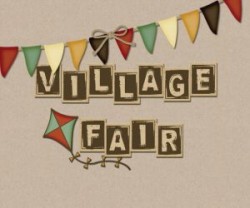 Eaglesham Fair means many things to many people

There’s no doubt that each of us, no matter if we’re old or young, have fond memories of Eaglesham Fair. Between us all, we could talk well into the night, sharing stories of old, the odd hilarious tale and most certainly, many an experience of our all-important weather!

But where do the origins of the Fair lie? When did it start and when? What traditions did we lose and have carried any with us to 2015? The history books can give us a brief insight.

Fairs and markets were important to the rural economy of Scotland in the 17th century and Alexander, 8th Earl of Eglinton obtained an Act of Parliament in 1672 for “ane yeirlie fair and weiklie mercat at the Kirktoun of Eagleshame”. In his petition to Parliament, the Earl says that the village is “above six miles distant from any burgh royal or from any other place where markets or fairs are kept, and that lying on the King’s highway, it is a most fit and convenient place for keeping markets”. The act grants that the mercat be kept for “buying and selling of all sorts of merchandise and other commodities necessary and useful for the country”. The fair was held on the last Thursday in August when horse-races took place.

“On the 26th ult. the Lammas Fair was held at Eaglesham, in Scotland, according to custom: the feuars of the Earl of Eglinton passed through the village on horseback; after which, both feuars and tenants assembled at the Cross, where his Lordship generously ordered them a handsome sum of money to promote their festivity. After the healths of Their Majesties, they drank the health of the Earls and Countess of Eglinton, with three cheers as also of Lord Montgomery.”

And from the Glasgow Herald, the following extract is an account of the Eaglesham Tournament held on 27th August 1868.

“The Eaglesham Tournament came off on Thursday the 27th, in a field adjoining the village, and although the day was rather unfavourable a large concourse of people assembled to witness the games, comprising many influential gentlemen and a sprinkling of the fair sex of the village and country; also nut-barrows, turners of the wheel-of-fortune, jugglers &c., who usually patronise occasions. The proceedings were started by the Feuars of the village mounted on horseback and carrying the ancient flags, trophies &c. of the village, preceded by the band promenading round the village calling at the various ale-houses and partaking of a refreshment – the old annual custom after the promenade. The race round the area or village green was run, after which the band played up to the field, where the games commenced by the climbing of the greasy pole (which occasioned great mirth to the spectators at the various defeats of those who tried to gain its summit), putting the stone, throwing the hammer, tossing the caber, wrestling, tilting, running, and leaping, and all of which were keenly contested for, and so great was the excitement and interested manifested by the spectators that the police and committee had no effect on them whatever; hence the consequences – the ropes and stabs were flung down, and the people rushed in to be near the competitors; but good order was kept, and all passed off well to the satisfaction of the spectators. After the games, the committee and others, to about 50, met at the Cross Keys Inn, where the, after partaking of a substantial repast, the silver cup, the prize for wrestling, was filled with wines and brandies and passed round the company several times, when toasts and songs followed in due course.”

By the time the New Statistical Account for Scotland was published in 1845 the weekly market had long been discontinued and in place of fairs, a flower show was held in August.

The fair was revived in 1961 as part of a successful campaign to regenerate the village, where the more familiar template of modern times began. The procession starting from the school, the crowning of the Fair Queen and the stalls and activities all began in this era. It carried on until 2000, when it stopped again due to a lack of committee members. But, just as in the past, villagers rallied to the cause, leading to the “Revive in 2005” campaign.

And from then, we’ve gone from strength to strength.

(Many thanks to Ken Mallard for his articles)